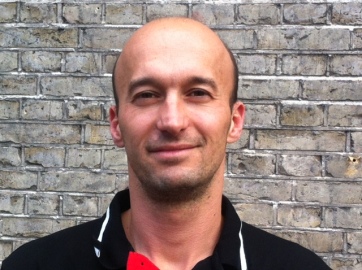 Dan V. Hirslund is a postdoctoral scholar at the Department of Cross-Cultural and Regional Studies, University of Copenhagen. He has worked in South Asia since 2000, where he carried out fieldwork in Sri Lanka on internally displaced Muslims. From 2008, he relocated to focusing on political transformation in the Himalayas for his doctoral research, which focused on the Maoist revolution’s shift to urban parliamentarism. In 2015, he started a project on solidarity among informal labor’s in urbanising Kathmandu and has received another round of funding to look at the role of the construction industry in reproducing class inequalities. Dan can be reached at email hirslund@hum.ku.dk 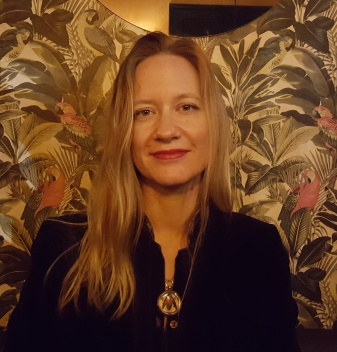 Elizabeth Williams-Oerberg is the Co-director of the newly established Center for Contemporary Buddhist Studies and a Postdoctoral research scholar at the Department of Cross-Cultural and Regional Studies, University of Copenhagen. She is currently working on a collaborative research project on “Buddhism, Business and Believers” with her individual research project examining spiritual tourism and Buddhism in Ladakh, India. She has a PhD in Anthropology from Aarhus University, Denmark, where she wrote her PhD thesis, Young Buddhism: Examining Ladakhi Buddhist Youth Engagements with Migration, Modernity and Morality in India, which highlights the particularly prominent role that modern education and youth play in reforming Buddhism in India. Elizabeth can be reached at elizabeth.oerberg@hum.ku.dk 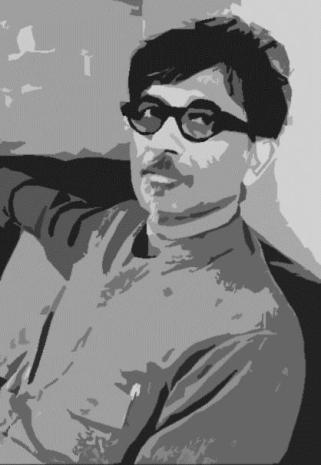 Prem Poddar is Professor in Cultural Encounters at Roskilde University. and  Alexander von Humboldt Senior Fellow. He grew up in the eastern Himalayas and has taught in India, Britain, and Denmark where he was Associate Professor in Postcolonial Studies. He has published widely on the cultural politics of the Himalayas (recently, e.g., https://forskning.ruc.dk/en/publications/kalimpong-the-china-connection and https://forskning.ruc.dk/en/publications/kalimpong-as-fiction-or-ethnography-gorkhanepali-sensitivities-in), and is the author of many books, currently working on one relating to India-China interfaces in the eastern borderlands as well as another on Spectrality in Asian Cinema. His continuing interest in ‘state’ and ‘nation’ as conceptual contexts for analyzing cultural representation forms the centre of his forthcoming work on the politics of the passport. Prem can be reached at prempod@ruc.dk.

Karen Valentin holds a Ph.D. in anthropology and is an Associate Professor at the Department of Educational Anthropology, School of Education, Aarhus University. Her Himalayan interest stems back to the late 1980s when she started travelling and later studied in Nepal. Since the mid-1990s she has been engaged in research on various issues, including the relationship between mass-schooling and nation-building; educational strategies among the urban poor; and the role of education in mobile livelihoods in the context of Nepali youth migration to India and student migration to Denmark. She is currently engaged in an interdisciplinary, Danida-funded research project, Public Finance Management in Education in Nepal (2015-2019), a collaboration between Martin Chautari, Kathmandu University and Aarhus University. For publications and other research activities please see http://pure.au.dk/portal/en/persons/karen-valentin(a7ff18c4-a440-4c87-ad84-a50f5bfd1e1b).html

Carsten Smith-Hall is Professor (Forest and People in Developing Countries) at the Department of Food and Resource Economics, University of Copenhagen. He is responsible for the global PhD programme Forest and Nature for Society (www.fonaso.eu), the European MSc programme in Sustainable Tropical Forestry (www.sutrofor.eu), and the MSc in Agricultural Development. He is a strong advocate of internationalisation of university teaching and a pioneer in the development and application of use of technology in teaching (e-learning). He is Associate Editor for the International Journal of Biodiversity Science, Ecosystem Services & Management and member of the World Conservation Union’s Medicinal Plant Specialist Group.

Carsten Smith-Hall has directed several international and interdisciplinary research programmes and published in both natural and social science journals. His research is particularly focused on (i) forest – livelihood relationships, including the role of forests in preventing and reducing poverty, (ii) forests and human health, in particular the role of forests in maintaining and improving welfare, and (iii) commercial utilisation of biodiversity.

In the Himalayas, he has particularly worked with trade and conservation of medicinal plants, and the community-based forest management.

Collaborative research project with Associate Professor Trine Brox, CCRS, University of Copenhagen, focusing on the ethnographer Prince Peter of Greece and Denmark’s ethnographic knowledge production during the seven years from 1950-1957 he spent collecting Tibetan material and immaterial cultural heritage in the north-east Indian Himalayan town of Kalimpong, as part of the Third Danish Expedition to Central Asia. Based on research in Danish museums and archives and in the Himalayas, we aim to trace the biographies of Prince Peter and his Tibetan collaborators, and of the Tibetan artefacts, accounts and anthropometry he collected, incl. narratives of Tibetan polyandry. Our project is part of the research community Object Lessons from Tibet & the Himalayas, aiming for the comparative investigation of visual and material culture in the co-production, loss and recovery of colonial knowledge. 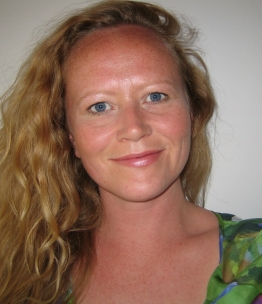 Trine Brox is Associate Professor of Modern Tibetan Studies and the Director of Center for Contemporary Buddhist Studies at the Department of Cross-Cultural and Regional Studies, University of Copenhagen, Denmark. Brox is the PI of the international, collaborative research project Buddhism, Business and Believers, which involve research in the Indian Himalayas and South-Western China. Current research also include the collaborative project Displaced Knowledge: Prince Peter and the Third Danish Expedition to Central Asia with Dr. Miriam Koktvedgaard Zeitzen at the National Museum of Denmark. Brox is also one of the founders of the research community Object Lessons from Tibet and the Himalayas. Brox has written extensively about contemporaneous issues in Tibet and the Tibetan exile, including the monograph Tibetan Democracy: Governance, Leadership and Conflict in Exile (2016).

Department of Cross-Cultural and Regional Studies, University of Copenhagen.

Jane Caple is a Marie Skłodowska-Curie Fellow at the University of Copenhagen. Jane’s primary research interests are in religion, economy, and morality. She has conducted fieldwork in Geluk monasteries, villages and urban communities on the northeastern edge of the Tibetan plateau (Amdo/Qinghai) since 2008. Her current project examines ideas about wealth, virtue and the social good in this area, approached through a study of diverse and shifting practices of religious giving in the broader context of accelerated social and economic transformations since the early 1980s. She is author of Morality and Monastic Revival in Post-Mao Tibet  (2019), as well as a number of journal articles on Buddhism, economy and society in late twentieth and early twenty-first century Amdo.

Rasmus Gjedssø Bertelsen is Professor of Northern Studies and Barents Chair in Politics at the University of Tromsø – The Arctic University of Norway (UiT). His main research interest is transnational knowledge relations and science diplomacy. Climate science diplomacy ties together the three Poles, the Arctic, the Antarctic and Himalaya. Rasmus is Danish, lived as a child in Iceland, and studied in Copenhagen, Reykjavik, Lausanne, Geneva and Amsterdam. His PhD in International Relations is from Cambridge with a year at Sciences Po. Rasmus was postdoc at the Harvard Kennedy School of Government, United Nations University-Institute of Advanced Studies, Tokyo Institute of Technology and also assistant professor at Aalborg University.

Tone Bleie holds a Phd from the Dept. of Social Anthropology at University of Bergen. She is currently a Professor of Public Politics and Cultural Understanding at the Dept. of Social Sciences, at UiT- the Arctic University of Norway.
Bleie has worked on and in the Greater Himalayan Region since the early 1990s in shifting roles as scholar, INGO executive (Save the Children), UN regional executive staff (UN Escap), Expert Board Member with the interregional organization ICIMOD and aid consultant.  Bleie’s scholarly production focuses mainly on Nepalese politics (constitutionalism, public morality, monarchy’s role, gender-sensitive mountain development and the security-development nexus); rural economic and social transformation (religious tourism to mountain temples, shifting land management of the religious Manakamana Trust, and consequences of new transport technology); and finally post-war peace building (reintegration of Maoist ex-combatants).
Between 2012-16) Bleie headed (with the Academy of Social Sciences in Lhasa) a comparative “first-third pole” research project on nomadic settlements in the Tibetan Plateau and Northern-Norway. Her current and future research interests will revolve around dual-use satellite technology in the Himalayan Region and reintegration of permanently wounded ex-combatants.
In early 2019 Bleie is scheduled to be a Visiting Professor at the Centre of Nepal and Asian Studies (CNAS) at Tribhuvan University, Kathmandu and at Central University of Jharkhand (India).

Department of Geosciences and Natural Resource Management, University of Copenhagen. 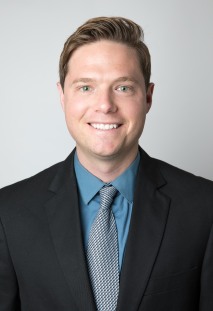 Todd Wallenius is a PhD Fellow in the Department of Educational Anthropology at the Danish School of Education, Aarhus University. He previously conducted research on a U.S. Department of State funded STEM education program in Pokhara, Nepal. His current research focuses on class formation, education as a commodity, and the ‘international’ as a form of symbolic capital in urban Nepal.

Postdoctoral researcher in the Department of Psychology and Behavioural Sciences at Aarhus University. His principal research interests focus on acculturation, identity formation, and mental health. His recent research project concerned globalization-based acculturation with a culture-specific focus on the Ladakh region in the North Indian Himalayas. His current area of research includes extremism and radicalization.

Department of Geosciences and Natural Resource Management, University of Copenhagen